How Does an Automatic Watch Work? (Ask an Effortless Gent) 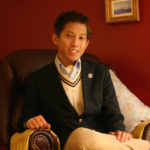 The community’s love for automatics is an interesting phenomenon. After all, quartz are perfectly respectable and more accurate. Few utilitarian accessories have survived, and thrived, for simply being the cooler option.

What’s the Difference Between An Automatic, Mechanical, and Quartz ?

Automatics are also called self-winding . As an at-a-glance explanation of how automatics work, these special timepieces feature a rotor which spins every time you move your wrist. That motion powers the ’s mainspring, which then winds the automatically. Non-automatic mechanicals need to be manually wound.

The Fundamental Parts of an Automatic

These are the parts that every automatic needs to run, complications aside.

The mainspring is a metal spiral which stores the ’s power when it’s wound and tightened. As the mainspring unwinds, the force of its retraction, or untightening, turns the wheels of the thus powering it.

Think of the mainspring as the ’s power plant. For example, Rolex’s 3255 movement features a longer mainspring than its other movements. This means it will take longer to retract. This is why it has a longer power reserve at 70 hours.

The oscillating weight is the semicircular central weight that makes automatic automatic. As you move your arm, the weight moves back and forth like a swing, and winds the mainspring so you don’t have to do it manually.

In an automatic , the balance wheel is the equivalent of a pendulum in a grandfather clock. It’s a weight that rotates back and forth, perpetually brought back to the center position by the hairspring or balance spring.

This oscillation is impervious to outside movement. The balance wheel and hairspring are the ’s regulator and its time-keeping element.

The escapement is a mechanical linkage consisting of an escape wheel with “teeth” and a pallet. It stimulates the balance wheel and unfastens the gear train, which causes the ’s hands to move.

This mechanism transfers the energy from your motion to the mainspring. It’s called a reverser mechanism because regardless of which way the mainspring is turning, the reverser allows the rotor to wind it properly. Your energy is transferred through a series of gears.

Jewels are synthetic rubies placed in high-friction areas of the to prevent these parts from wearing out. For example, a jewel is placed in the center of the wheel because it’s constantly turning.

Alright, now let’s put it all together!

How an Automatic Works

Your wrist movements stimulate the rotor which then winds the mainspring, the ’s power plant.

The mainspring’s energy then transfers through the gear train’s wheels into the escapement.

Remember, each swing of the balance wheel releases just one tooth of the escapement wheel, the rest of the wheel held back by the pallet, keeping the wheels from spinning out of control.

Each swing of the balance wheel moves the wheels of the gear train, thus moving the ’s hands.

By this point in the process, the power still originates from the mainspring. And of course, if you perpetually wear your mechanical , it stays powered up!

How Long Do Automatic Last?

Automatic are meant to last forever. Since it’s mechanical, any malfunctioning part can be serviced or replaced. Short of smashing it into pieces, there’s always a way to “switch back on.”

An important question to ask yourself: If my mechanical costs $200, and servicing it or fixing a malfunction will cost anywhere from $50 to $300, should I just get a new one? Save for sentimental value, it’ll be more cost-efficient to do the latter.

THESE ARE THE 10 BEST TIMEX WATCHES FOR MEN

Fortunately, excellent automatics, for example the Orient Ray II and Orient Mako II, can last anywhere from five to seven years without servicing. Even if you choose to retire them at that point, they will have served their purpose.

High-quality automatics like Rolex feature COSC-certified movements, with premium finishes and up to 28,800 beats per second. These will often always be worth resuscitating -if it ever even gets to that!

Do You Have to Wear an Automatic Everyday?

Letting your automatic stop doesn’t harm it, so you don’t have to wear your everyday. If it stops you’ll simply wind it up again.

Maintaining the energy in the mainspring does allow for a continuous and accurate display of time though. If this is important to you, consider a winder!

Is an Automatic Worth It?

watch is just a little different than the other. And, of course, even the most innovative of technologies can’t replace art.

On that same analogy, buying a luxury, legendary automatic (a Submariner or a Speedmaster for example), is like buying an important piece of art. If feeling like part of their lore is important to you, then it’s worth it.

To you, what’s the difference between say a prewar home with history and character that’s built by a foremost architect versus a brand new awesome home with amazing, practical smart house technology? Figuring out whether or not an automatic is worth it to you is along those lines.

Not that important quartz don’t exist. After all, is a heritage American brand with excellent quartz timepieces and the quartz Omega Seamaster 300 has plenty of Bond credibility. Automatics have just been around longer.

The first self-winding was invented by Abraham-Louis Perrelet, a Swiss horologist in Le Locle in 1776. Another Abraham Louis, surname Breguet (yes, that Breguet), made further strides in fashioning a self-winding mechanism in 1777, and in 1778 Belgian watchmaker Hubert Sarton put a rotor in it.

What Are the Best Automatic ?

Of course anything certified by the COSC means you’ll be getting something complex and precise. At the end of the day though, any automatic really is a remarkable little machine. Whichever timepiece you truly love, based on your budget and tastes, is the best automatic for you!

We hope this was helpful in helping you learn more about how an automatic works!