How Thick Is Your Cigar? An Effortless Guide to Cigar Ring Gauges 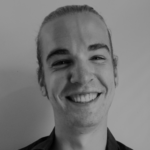 by Brian Adee  |  in Lifestyle

When measuring your cigar, you have to consider not just the length, but also the thickness. This measurement of girth is called the ring gauge. In this article, we’ll go over the different ring gauge sizes, and how they pair up with the most common cigar sizes.

But as producers developed a greater interest in sharing their cigars with the world, and consumers became more savvy about what makes a great cigar, Cuban tobacco artisans instituted a system of sizing based on the length and ring gauge of each stick.

The thickness of a cigar — as measured by ring gauge — is every bit as important for the final smoking experience as the color of the tobacco and the length and shape of the cigar.

If you’re not already in the know about the naming conventions for coronas, maduros, and every other designation, please check out our Guide to Cigar Shapes and Sizes, as well as our coverage on the Complete Range of Cigar Colors.

Pull those guides up alongside this one, and you’ll have a complete picture of what makes each of your favorite cigars uniquely delicious.

Before we get into examples of each gauge range, let’s take a closer look at some of the most frequently asked questions about ring gauges and cigar sizes:

How to Measure A Cigar

What is a ring gauge, then? Quite simply, one ring is equivalent to 1/64th of an inch in diameter for a cigar. For example, a 50 ring gauge cigar will measure 50/64th of an inch thick. In addition to this, cigars are measured by their length and given a corresponding size designation, such as Corona, Churchill, or Robusto.

When talking about popular cigar ring gauges, it’s better to consider a range of sizes rather than a single ring gauge. And while the 50 to 54 range has the widest variety of styles included in it, a ring gauge between 40 and 44 will include the most popular benchmark style of cigar: The Corona, covered in further detail in the next section.

What Is the Average Cigar Size?

Without a doubt, the Corona is the most common of all cigar sizes. Nearly every manufacturer begins with the Corona as their baseline, thanks to its easy handling and average size. In fact, cigar aficionados know that you can tell a lot about a brand’s style just by how they make their Coronas.

These cigars usually measure between 5.5 and 6 inches, and have ring gauges anywhere from 40 to 46.

What Is the Thickest Cigar?

Two types of cigars vie for the title of thickest cigar: The Magnum and the Gigante. They’re so large, in fact, that there isn’t any specific range of sizes that the styles have to conform to — their only requirement being that they are the thickest cigar in a producer’s catalog.

They’ll commonly be upwards of a 60 ring gauge, meaning more than a full inch thick in diameter.

Check These Out, Too!

You can find all our cigar-related articles here

With those questions out of the way, let’s get right into the types of cigars you’ll find in each ring gauge range. But first…

Make sure to read on after this chart for a more detailed description of each ring gauge range.

The only cigar to consistently measure under a 38 ring gauge is the Panatela. They’re an older style of cigar, with a long, thin body that gives a refined, elegant, and fairly short smoke.

This is where we get into the real meat of the most commonly chosen cigar styles: Cigars in the 43 to 49 ring gauge range include the benchmark Corona as well as the more specialized Rothschild, Lonsdale, and Churchill cigars. On the largest end, you’ll find the long and thick Double Corona.

In the 50 to 54 ring gauge range, you’ll find a mixed selection of short and long cigars. On the shorter side, the Belicoso, Robusto, and Toro, while the longer cigar styles include the Churchill, Double Corona, and bulky Presidente.

Few cigars manage to make it into the 55 to 59 ring gauge range. The largest of Toro and Robusto cigars can end up here, as well as the tapered Torpedo and the smaller end of the massive Gigante.

Measuring in at an inch in diameter or more, any cigar with a ring gauge of 60 plus will be a formidable smoke. The Grande Robusto and Double Toro are joined here by the Magnum and Gigante, the cigar world’s biggest smokes.

Wrapping It Up On Ring Gauges

I hope this article clears any confusion you’ve had about cigar ring gauges, and makes it easier to choose your next stick! And if you haven’t yet, make sure to check out our Effortless Guide to Cigars.