by Barron Cuadro  |  in Smart Casual

Have you ever taken the time to check out Tumblr? There’s plenty of visual goodness there, especially when it comes to menswear, style, and clothing.

Of course, it’s easy to get caught up in the specific looks, brands, and pieces people are wearing. I don’t really get into that, personally.

Instead, I use it more as a way to get inspired and also figure out new ways to put different colors and patterns (and even actual pieces) together.

Several months ago, I stumbled onto Jason’s Tumblr, Broke and Bespoke. What I like about Broke and Bespoke is the way Jason focuses on the details of his outfits, and the effortlessness with which he pairs colors, patterns, and textures.

I also like that he’s always impeccably dressed in high-end garments, almost all of which he thrifted for pennies, practically (especially when you consider the cost of what the garment would cost new).

I mentioned him in a recent article, and I thought he’d be perfect for this series.

Hopefully you can learn a thing or two from him, even if his style isn’t exactly the exact same as yours. That’s why this series exists in the first place. Duh. 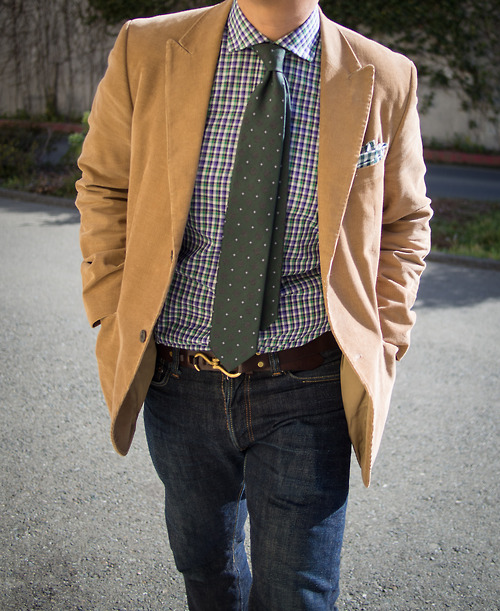 EG: Who or what influences / inspires your style the most, and why?

JC: I’m drawn to the way we (be it real or imagined) envision tweed-clad professors from the first half of the twentieth century, and I take that vision and add my own personal touch—a splash of color, a striking pattern, a distinctively modern piece, etc., something that will take me out of the realm of looking like a walking anachronism.

EG: What’s your favorite piece in your closet?

JC: That’s a tough one, but if I had to choose one thing it’d be my Tricker’s ‘Stow’ brogue boots.

EG: What’s one essential item of clothing every guy should own, and why?

JC: Hmmm…I guess if I had to answer for every guy it’d have to be a well-fitting navy blazer of a fabric and weight appropriate to their climate. It’s an extremely versatile piece of clothing that can be dressed up or down and will always make you look better, period.

EG: One piece of advice for those still trying to find their own personal style?

JC: Experiment. Be creative. Don’t be afraid to mess up. If you like to dress well because it’s an expression of yourself, then deliberately make every item in your wardrobe say something about you. Don’t be boring in your dress—to do so misses the point I think.

And a few more thoughts…

After going back and forth with Jason, I realized I had so many other questions, and lucky for us, he was willing to elaborate a bit more.

I think the following As to my Qs are super insightful, especially to those of you still defining your own personal style and figuring out what kind of clothing you’re most comfortable in. 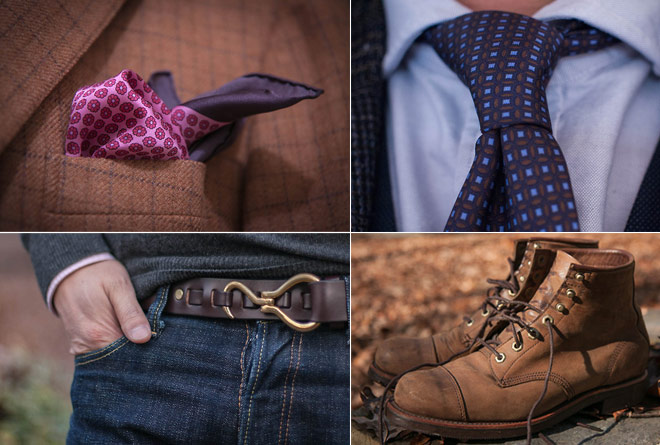 EG: How would you explain your ability to mix colors and patterns to someone who doesn’t “get it”? Many of your photos do a great job visually explaining it, but how would you help someone who hasn’t yet developed that intuition?

JC: I think about this question in some form or another a lot, especially in so far as it intersects with an ongoing conversation in menswear about which I have some strong opinions, and that’s around the so-called ‘rules of dress’ and how people try to police those boundaries in a way that I find stifling.

Sure, there are literally rules of formal, country, and business dress, and contexts in which it may be inappropriate to dress a certain way, but to be honest, the contexts in which those rules once applied very strictly are disappearing.

The Casual Friday movement for the most part abolished the last vestiges of that kind of formalism in business dress, and the resurgence of men who are enthusiastic about dressing better are doing so in a field that is wide open.

Wearing a corduroy suit in a relatively informal office setting is no longer inappropriate, but is instead one of few ways in which one might have an outlet to express their individuality in a work world that strives to crush that aspect of the human experience.

My sense is that those who adhere strictly to rules, and who like to lambast others and/or play the ‘expert’ card when another person’s dress breaks those rules, are people who lack a certain amount of imagination when it comes to getting dressed.

There’s nothing wrong with lacking this imagination (there is something wrong with lambasting others for not dressing in a ‘proper’ way), it just is. It’s like some people who are intuitively great at math, but can’t follow a metaphor in a short story or novel, or vice versa.

But for those who really can’t see how colors, patterns, and textures can be brought together in beautiful–sometimes traditional (and adhering to rules), but also sometimes in idiosyncratic but aesthetically pleasing–ways, rules are great, and maybe necessary so one doesn’t look terrible every time they step out the door.

Others can just look at a pile of things and imagine how things might work together. I fall more into this camp, I think.

The trick, especially if you’re just starting out and still experimenting with the kinds of style you think might best express who you are, is to not overdo it on the colors or patterns in a single outfit. Try to find a common through-line in an outfit.

Maybe you really want to wear a tie that is brown with a repeating blue small-scale paisley motif. Work within blues and browns in that case: blue socks, brown shoes and belt, etc..

I think the bottom line is to just experiment a lot. Look at pictures of people whose sense of style you admire, determine what it is that you admire about them, and try it out. You will eventually arrive at something that is uniquely you.

EG: Does your occupation influence the way you dress? How about your coworkers and the way they dress, does that determine your style of dress at the office?

JC: I’m currently a history teacher, but I spent a great many years in graduate school in libraries and archives studying and doing research for my dissertation. That background certainly helped me feel slightly less ridiculous embodying some kind of vague professorial/ivy style aesthetic than I might not have otherwise felt comfortable doing.

One of the great things about being a teacher and working on a campus is that your workplace is very insulated, and thus open to a sense of costuming in a way that working in a downtown office might not be.

I don’t have to dress up for work, but I like to, and I think it has certainly become an integral part of my identity as a teacher, both as I perceive myself, and as my students perceive me.

I wouldn’t say that my workplace is particularly fashionable or style conscious, and I do stick out a little because of the way that I dress, but again, as educators each of us has our own quirks and there is no institutional pressure to conform to any kind of look or standard. 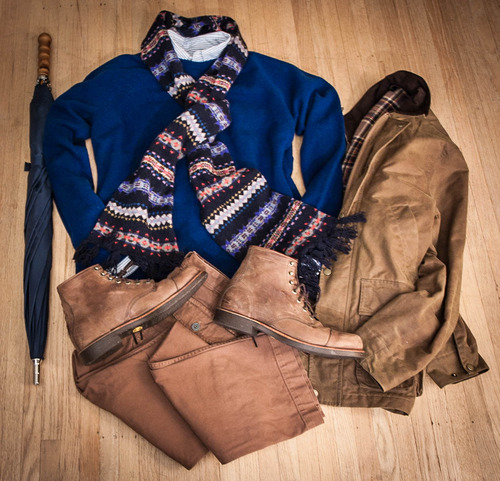 EG: Others’ opinions: Those who are still discovering their own personal style often worry about how the changes they make will affect how others perceive them. Any advice for dealing with “haters”?

JC: I’ll just address this question from the perspective of being hated on by other people who “dress well” in the menswear-ey way that’s quite popular right now.

If you’ve got friends who just dress differently than you do, and they try to hate on you for it, you’ve got to just let that go and keep doing your thing.

But when it comes to other menswear dudes trying to hate, I think the saying ‘haters gonna hate’ is not only true, but expected. But don’t let that stop you. It’s not a tragedy to wear an ugly outfit and get clowned for it. You can learn from that.

Ultimately getting dressed is about expressing something about yourself, and the moment that stops being true, or you stop taking joy from it, then you’ve got to rethink why you do it, and if you want to continue doing it. I know it’s a tired refrain, but you really have to stop worrying what others think and say about your clothes at some point.

But experimenting with different things in your outfits is how you reach that point where you’ve so thoughtfully put together an outfit that what someone else says about it doesn’t bother you. There are people who I’m sure hate every outfit I wear, and for a whole host of different reasons, but I like the outfits (usually) and feel comfortable shrugging off any criticism that I don’t find valuable.

Once you’ve reached that point of knowing why you have personally chosen to wear something, that’s when you start to look at home in what you have on. I think at that point people can kind of sense that you know what you’re doing, even if they don’t like it, and they’ll keep whatever negative opinions they have to themselves.

Typically I try to bold particular tidbits of an article I find helpful or thoughtful, but I had to hold back a lot in this one. I wanted to bold practically everything Jason touched upon.

Lots of great stuff here, and I hope you got a lot out of this SS feature.

Have any questions for Jason?

Feel free to leave them in the comments below. You can also find him on Tumblr (obviously) at Broke and Bespoke, and on Twitter (@brokeandbespoke).