Stores Like Allen Edmonds: 11 Alternatives for Men (Online and IRL) 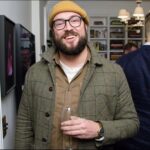 by Beau Hayhoe  |  in Casual Style

There are relatively few retailers that have perfected the fine art of making premium dress shoes and boots quite like AE. But in this article, we’re focusing on other stores like Allen Edmonds you can shop, in order to add variety to your footwear collection.

You’ll have to trade in your house slippers and house shoes eventually, and although there are some surprisingly stylish options out there, every guy needs a good, solid, comfortable pair of leather dress shoes … or boots… or loafers… you get the picture.

The best stores like Allen Edmonds offer an abundance of variety and versatility, with more than enough innovation to compete with the long-running footwear giant.

The next time you lace up a new pair of shoes, make sure it’s from one of these trusted, similar favorites.

Like Allen Edmonds, Florsheim has a decades-long history (Florsheim’s actually been around more than 120 years).

The brand is rooted in American heritage and style. Florsheim’s pricing, however, falls on the more affordable side, and they’ve offered styles like sneaker boots and dress shoe-sneaker hybrids for longer.

And if it’s classic leather dress shoes you want, Florsheim delivers those, too.

There are plenty of things Allen Edmonds does well, like hitting that sweet spot between casual and business.

Johnston & Murphy falls nicely in that style Venn diagram as well, providing sneakers and dress shoes you can easily wear with jeans, chinos or a well-tailored suit.

Their apparel options, from smart outerwear to layering-ready vests, also toe the line between the two worlds nicely.

If there were a Super Bowl for all-American shoe companies, Allen Edmonds and Alden might very well face off in the inaugural matchup.

Alden, like Allen Edmonds, has matured over the years and now partners with retailers like J. Crew, and they’ve got plenty of iconic styles in their own right (note the famed Alden “Indy” Boots, worn by a certain archaeologist-explorer).

Their styles are all about tradition, premium construction and yes, a higher price point.

Beckett Simonon is not unlike the younger brother of Allen Edmonds, boasting a different take on production (shoes are pre-ordered, then produced) and slightly more modern designs across the board.

As a brand, they are much younger than Allen Edmonds and their silhouettes are more slimmed-down and Euro-inspired, too. Should you have both in your rotation? We say, well, why not?

While Allen Edmonds makes its shoes in Wisconsin, Velasca is decidedly more exotic, crafting its fine shoes in Italy.

The brand quite literally embodies the Italian word “sprezzatura,” or the art of “studied carelessness” — perfect tailoring or shirting, worn slightly disheveled or mismatched, for instance. These are the shoes that fit that attitude, and they’re cool as can be.

While Allen Edmonds can, as we’ve said before, lean a little more traditional at times, Carmina embraces both traditional and modern in terms of craftsmanship. They mix modern and classic flair in their bold, Mediterranean-made shoes and loafers.

Carmina’s shoes are more flashy, yet no less well made than their American counterpart, with a wide range of leather colors and styles.

Many brands strive to be like Allen Edmonds, and TAFT comes pretty close as far as making one heck of a nice pair of dress boots, for instance.

Their printed and woven shoes and boots are more fashion-forward with colorful detailing, but they’re still competitive in terms of price.

When you’re wearing a pair of Allen Edmonds shoes, you know it definitively.

The same can be said for Italian shoemaker Bruno Magli, which just so happens to draw on Italian, rather than American style influence. From sneakers to loafers, the results (and resulting price points) are still super-premium.

The American design pedigree of Allen Edmonds meets its match right across the pond with Britain’s Church’s, the famed brand favored these days by 007 himself.

This longstanding brand keeps its focus on British classics and craftsmanship, almost like a counterpart to AE.

Although the art of shoemaking is a time-honored tradition, the industry still moves fast.

Thursday Boot Company has made waves over the last five years as the brand has built a massive following for its boots, then dress shoes and now sneakers. It’s also priced more affordably at times than AE, so give them a look if you want a bargain.

New York cool meets quality craftsmanship in a wide array of styles to please even the most discerning Allen Edmonds fan.

From split-toe boots to Chelsea boots, To Boot New York lives up to its name and then some. They could be your new favorite pair of dress boots.