Stores Like Brooks Brothers: 11 Alternatives For Men (Online and IRL) 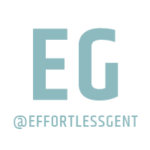 by Team EG  |  in Smart Casual

Sure, Brooks Brothers may be known for its professional wear. However, it’s not difficult to find casual items like crewneck sweaters, relaxed plaid button-ups, and trendier items like patchwork corduroy pants and cashmere joggers that can be dressed up or down.

For those looking to expand their options, you’ll be happy to hear there are stores like Brooks Brothers. They haven’t been around for quite as long, but their inventory is up there with the preppy and polished look you gravitate toward.

At the time of Brooks Brothers’ founding in 1818, they were style pioneers. You can say that they played a significant role in shaping the course of American menswear.

They introduced current takes on classic fashion, like the Repp tie and seersucker.

Brooks Brothers is the oldest U.S. clothing company still in operation without interruption. With that said, they have suited up almost every U.S. president since its founding, including Abraham Lincoln and John F. Kennedy.

Here are our picks for the best stores like Brooks Brothers!

Shopping at Brooks Brothers exclusively for their dress is a common occurrence.

Ask one of the 40 U.S. Presidents dressed by this clothier, and I’ll bet almost every single one owned a Brooks Brothers dress . With that in mind, Charles Tyrwhitt is a natural Brooks Brothers alternative.

Famous for its 4 for $199 deal, Charles Tyrwhitt has a well-made dress for every occasion, including the non-iron kind!

For over thirty years, this British brand has produced some of the finest menswear.

Bonobos was founded by two men from Stanford Business School searching for the perfect pant. The digital-centric Bonobos has integrated its online offerings with physical Guide Shops around the United States.

Purchased by Walmart in 2017, Bonobos is known for its chinos. However, they also specialize in , dress , shawl-collar sweaters, Merino-hybrid blends, and a great deal of weekend apparel.

Their diverse, but cohesive selections, make them a great alternative to Brooks Brothers.

They specialize in signature essentials, statement pieces, custom , and accessories reﬂective of classic American style. All in all, it’s a low-maintenance affair putting together a complete outfit designed by Todd Snyder.

Todd Snyder is also a leader of innovative collaborations, pushing creative boundaries with the likes of Champion and Charlie Brown and the Peanuts.

J.Crew is synonymous with preppy clothes and sets a high bar for other retail stores like it, which is why it’s a great Brooks Brothers alternative.

Fabrics are sourced from the best mills in the U.S. and worldwide, establishing J.Crew as an industry leader in design and quality.

The brand has cultivated a reputation for offering stylish, well-constructed staples that are both modern and classic.

From high dollar items like their exceptional Ludlow to more affordable slim-fitting corduroys, J.Crew offers a cut, style, and texture for every occasion.

Describing itself as “a modern southern atelier,” Billy Reid takes beloved wardrobe staples and improves them with unpredictable, high-end detailing.

When speaking of brands like Brooks Brothers, we would be remiss to not include another American icon — Ralph Lauren.

When one thinks of preppy clothes, it would be difficult not to think of Ralph Lauren.

While on the higher end in terms of pricing, Ralph Lauren offers a timeless collection of posh cotton-shawl collar cardigans and linen plaid sportcoats in addition to everyday essentials, like pocket tees and striped crewneck — great for layering!

Ralph Lauren has added to the industry of luxury fashion by creating refined, modern styles for men. These are items you’ll easily have for years to come.

This Washington, DC-based fashion startup sells its own clothing and accessories alongside a sea of other brands, including Barbour and Ledbury.

Rooted in sport, travel, family, friends, and celebration, Tuckernuck has everything from basic long-sleeve henleys to boldly-printed short-sleeve button-ups to sueded twill slacks.

Preppy clothes at their most sophisticated, this Brooks Brothers alternative is fantastic for those just gaining the confidence to branch out.

J. Press, short for Jacobi Press, was established in 1902 on the campus of Yale University.

For well over a century, J. Press has been known for its made-to-measure men’s formal wear and for being responsible for popularizing the sack suit and the oxford .

Beautifully tailored sportcoats, brushed twill pants, and plaids and sweaters in an exciting array of colors dominate their Fall/Winter 2021 collection.

Founded in 1938, this French heritage brand often consists of bright, striped apparel inspired by the sea.

Some of the best menswear shops in the United States, including Huckberry, carry this upscale brand.

Well known for its low-priced , JoS.A.Bank (originally Joseph A. Bank) is a subsidiary of Men’s Wearhouse.

From cashmere sweaters to dress to topcoats, custom , outerwear, denim, and more, they offer distinguished looks and classic styles for the modern man, including Big & Tall.

Featuring ultra-soft flannels, incredible, Italian-handcrafted sweaters, and basic short and long-sleeve polos, Ledbury is last but certainly not least on our list of brands like Brooks Brothers.

Like Brooks Brothers, their goal is to create timeless items that can be worn for generations.

They aim to never sacrifice quality for trend, and they produce some of the best, perfect-fitting dress .

Here are the most frequently asked questions about Brooks Brothers!

Does Brooks Brothers have a rewards program?

Brooks Brothers is stylish in the timeless, classic sense.

Suppose you’re looking for a smart, casual wardrobe. In that case, Brooks Brothers certainly offers that, but if you know about fashion and culture, you’ll probably consider Brooks Brothers more on the traditional side of menswear.

As with many respected and well-known clothing brands, the overall quality of Brooks Brothers apparel has somewhat declined over time.

They still use some of the highest quality fabrics in the world, including Supima cotton and Merino wool, and most of their are made at their Massachusetts-based facility.

Who is Brooks Brothers’ target market?

Brooks Brothers targets an older clientele while offering slimmer fits and a great collection of more modern, on-trend styles that seek to cater to a younger, professional demo.